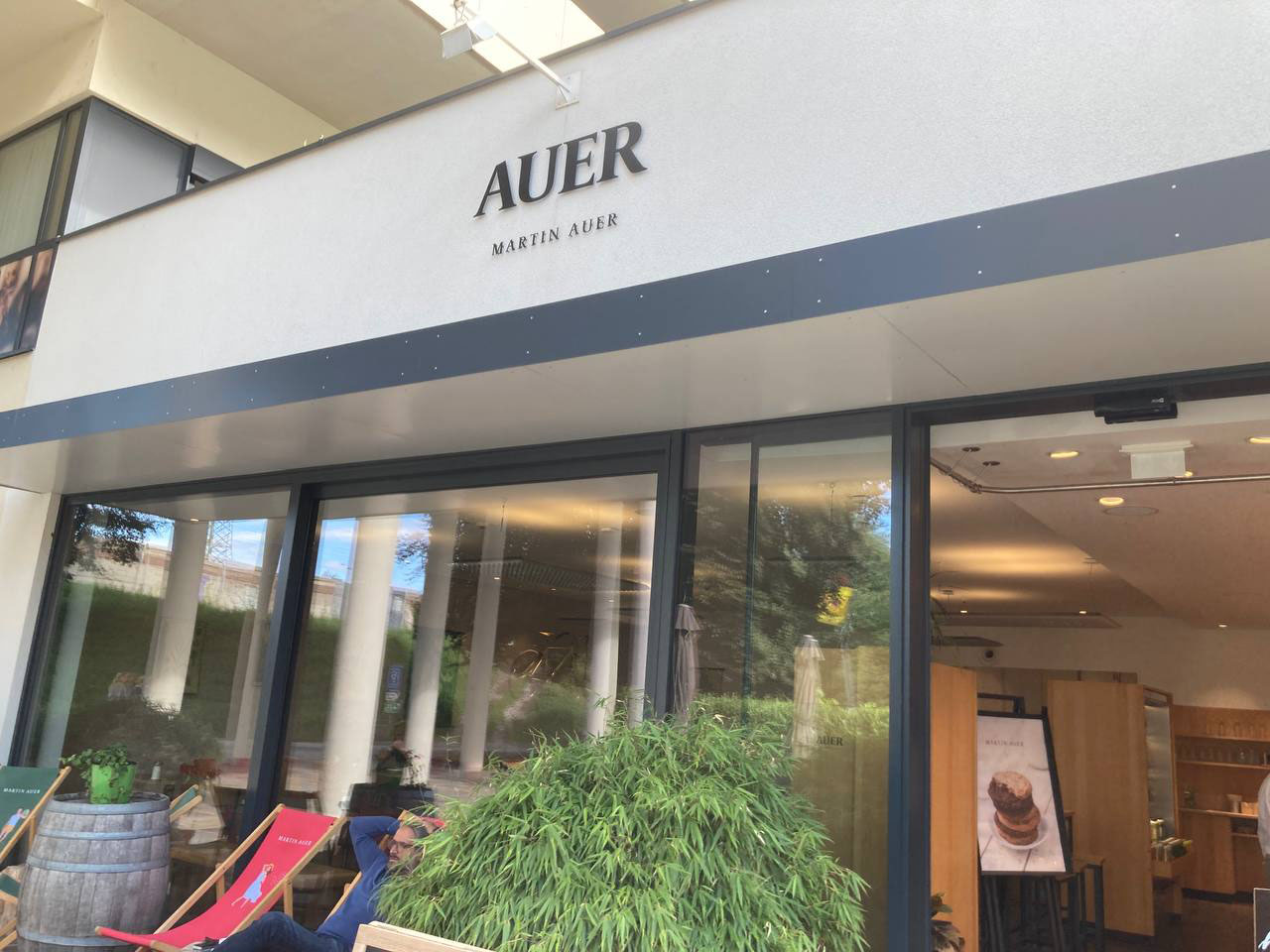 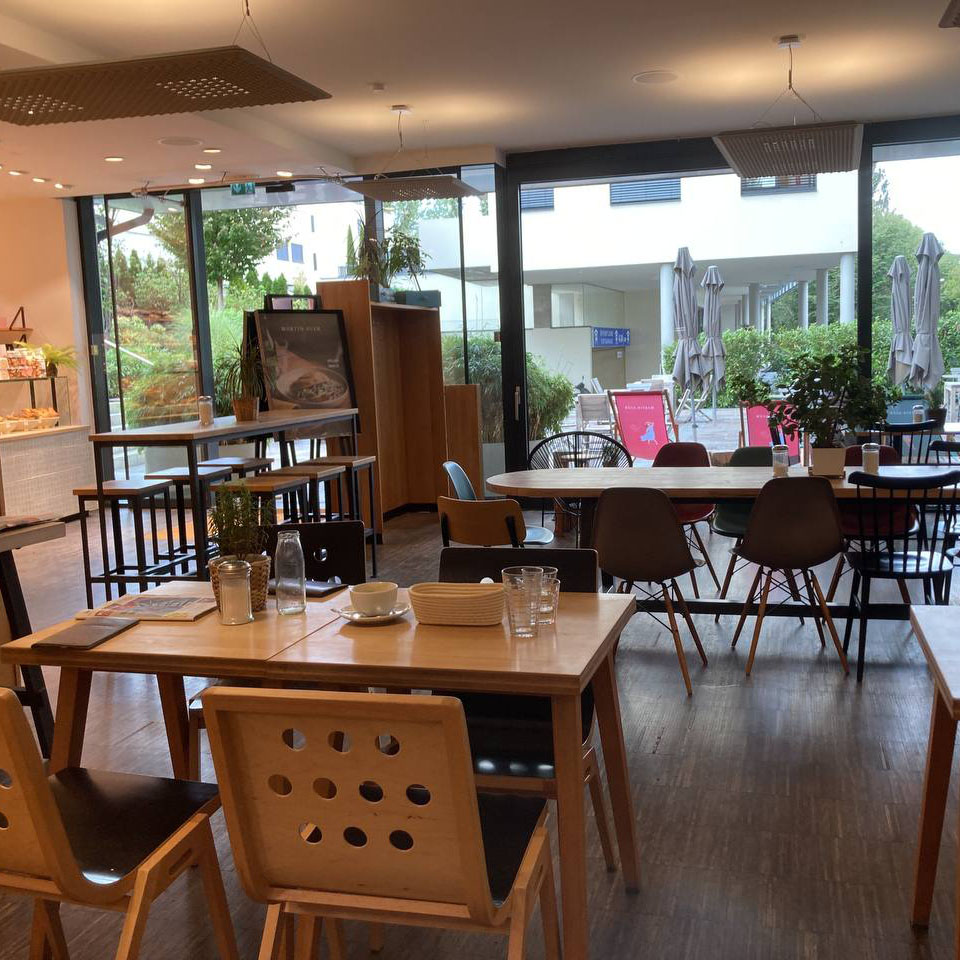 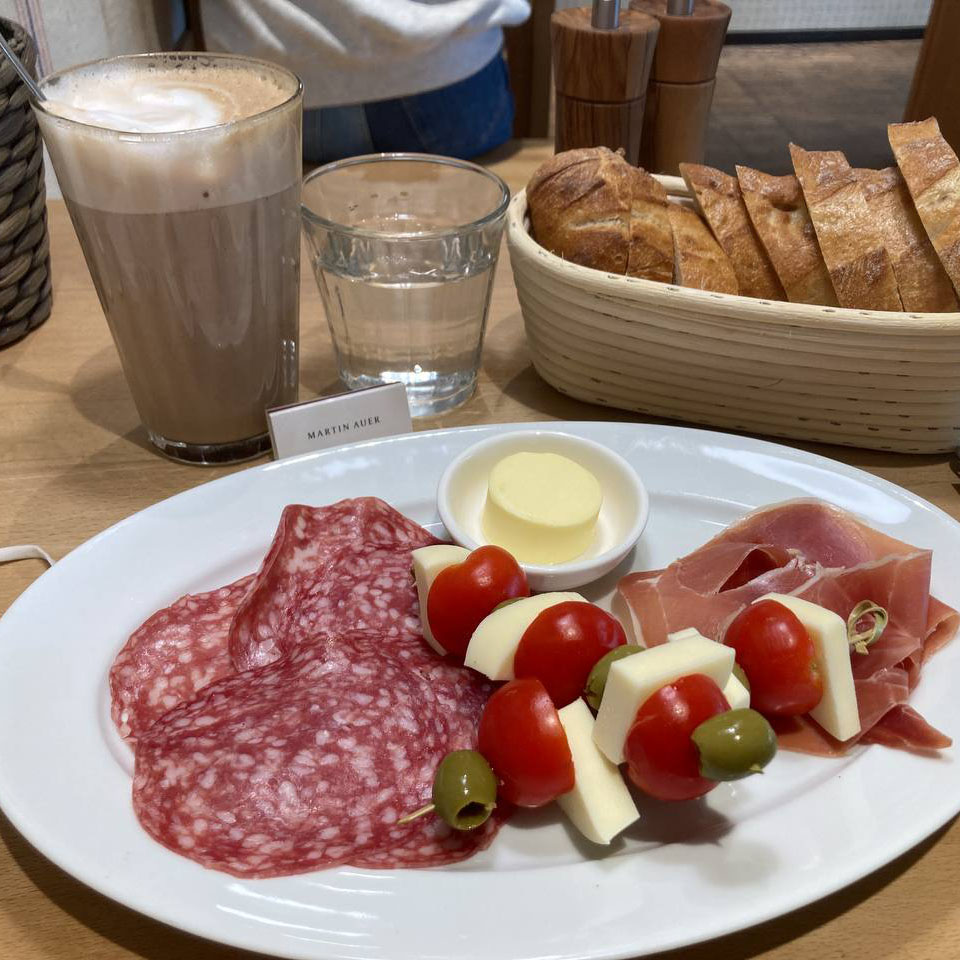 This week I felt like being adventurous. Recently I've only been visiting locations close to my home (Waltendorf). Today I was pretty much at the other edge of the city in Gösting. Very pretty here, indeed! I really want to like the store too, but it's making it rather difficult for me.

What am I rating, actually?

The goal of this website is finding out which Martin Auer store in Austria is the best one to go to if you want to work or study. To that end I rate the availability of outlets for charging your devices, the wifi for browsing and to a smaller extent also the store and personnel. Although I have to say that with Martin Auer the personnel is usually very friendly and the food damn good.

The store is a typical location of medium size. As always you have your bar with snacks and bread, a few bar tables, a couch and a big 8 seat table in the center. The flair is quite typical as well. Bright interior, big windows, in front of those you have a few beach chair and a few other tables.

The food (today I had the Verona breakfast) was very tasty. The first service was also attentive and quick. The rest I got by myself at the bar.

We have a total of five here, which are spread out suboptimally. One at the 4-seater table near the wall. Three next to the big couch, although one of them is used for the lights. And then there's a final one at the bar table near the toilet. However, the wall cover was so thick there, that I couldn't properly plug in my Macbook charger there. So in my case I had three usable outlets. Since my observation was that students also enjoy coming here, it could be a bit tight with supply.

Logging in works flawless. Due to my previous trips it happened automatically. My phone was asking me to accept the terms before I even had a chance to sit down. The actual speed of it is acceptable. I managed 9.2 Mbp/s download on average. For my work as programmer it's fine. I mostly push around text files and read documentation. If you need bigger files or a lot of data, however, it could take a while. Maybe order another coffee. Or download the big stuff at home.

I really want to like this location. Coming here was super fun! I like the apartment complex that surrounds the store. But the working conditions just aren't amazing here. I'll probably come back for a coffee anyways. But just for fun, then. 😁

This page is not officially associated with Martin Auer in any way.
All rights belong to their respective owners. I'm just a dumb idiot on the internet.